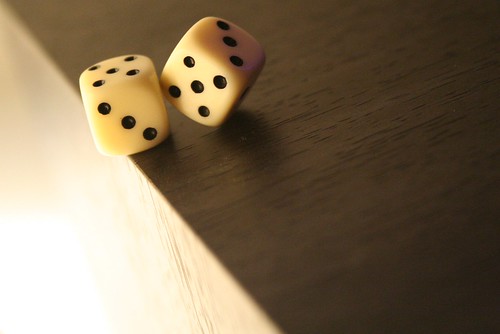 As advances in genetics are made the influence of genes on individual’s health is all the more apparent. It is quite well known that people of South Asian origin are inordinately susceptible to heart diseases besides diabetes and associated metabolic syndromes.

Today’s Genetics Nature carries a paper delineating the high incidence of genetic mutation among Indians which is associated with Cardiomyopathy and heart failure.Heart failure is a leading cause of mortality in South Asians. However, its genetic etiology remains largely unknown1. Cardiomyopathies due to sarcomeric mutations are a major monogenic cause for heart failure (MIM600958). Here, we describe a deletion of 25 bp in the gene encoding cardiac myosin binding protein C (MYBPC3) that is associated with heritable cardiomyopathies and an increased risk of heart failure in Indian populations (initial study OR = 5.3 (95% CI = 2.3–13), P = 2

-11) and that disrupts cardiomyocyte structure in vitro. Its prevalence was found to be high (

4%) in populations of Indian subcontinental ancestry. The finding of a common risk factor implicated in South Asian subjects with cardiomyopathy will help in identifying and counseling individuals predisposed to cardiac diseases in this region.

This article was further reported in Medical News Today

The Worst Luck In The World? The Heart Disease Mutation Carried By 60 Million

Heart disease is the number one killer in the world and India carries more than its share of this burden. Moreover, the problem is set to rise: it is predicted that by 2010 India’s population will suffer approximately 60% of the world’s heart disease. Today, an international team of 25 scientists from four countries provides a clue to why this is so: 1% of the world’s population carries a mutation almost guaranteed to lead to heart problems and most of these come from the Indian subcontinent, where the mutation reaches a frequency of 4%.

Considering that the mutation is so dangerous; how come it is so common? Well-

The combination of such a large risk with such a high frequency is, fortunately, unique. “How can such a harmful mutation be so common?” asks Chris Tyler-Smith from The Wellcome Trust Sanger Institute, Hinxton, UK. “We might expect such a deleterious change to have ‘died out’.

“We think that the mutation arose around 30,000 years ago in India, and has been able to spread because its effects usually develop only after people have had their children. A case of chance genetic drift: simply terribly bad luck for the carriers.”

The original advanced online paper is here( in pdf)